Do not get caught in the corruption swamp!

Interview with Hans Corell (Swedish diplomat, Under-Secretary-General for Legal Affairs and the Legal Counsel of the United Nations 1994-2004) 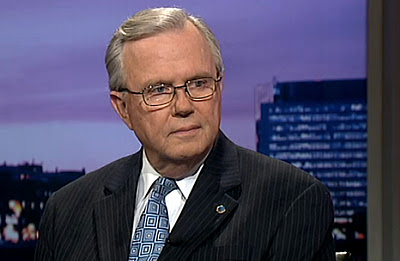 Who did you dream to become when you were a child? Have your dreams come true?

I really cannot recall that I had any particular dreams. I lived in the countryside. Maybe I wanted to own a big farm?

How did you earn your first money?

Working in a farm. Later, in the 1950s,I went to sea during four summer vacations. I was an ordinary seaman for altogether 12 months, sailing the Baltic Sea, the North Sea, the Atlantic, and the Pacific Ocean. I got to see exciting places in the world, while at the same time earning a salary.

When did you decide to become a lawyer?

During the last couple of years in college. My father, who was a clergyman, knew one of the judges in the local court. We went to see him one day, and later I decided to study law.

If lawyers became banned, what would you do?

Since I became a judge, I did not go into politics, although I was encouraged to do so by some.  But I believe that a judge should stay out of party politics. However, if lawyers were banned – terrible thought – I would definitely go into politics and work for the rule of law, which is an indispensable ingredient in society both nationally and internationally. Consequently, lawyers are indispensable. May I in this context refer to the 40-page publication “Rule of Law – A guide for politicians” [eng/rus]. 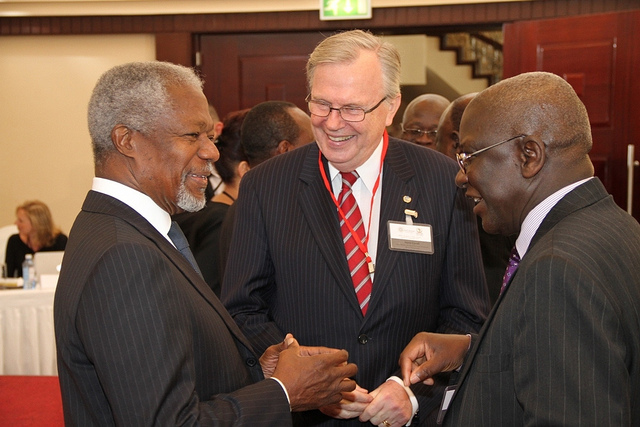 What was the most unusual action you made in your life?

When I accompanied UN Secretary-General Kofi Annan to Baghdad in February 1998 to negotiate an agreement with Saddam Husseinallowing weapons inspectors into his palaces.Or maybe in 1999, when I negotiated, organized and executed the transfer of the Lockerbie suspects from Tripoli to the Netherlands for the trial before the Scottish court sitting at CampZeist.Probably the most dangerousoperation I everconducted.

What is the most prominent feature of your temper?

The answer is very simple: it is my temper! Or as my daughter puts it: Grrrr!

Who or what inspires you?

Music, poetry, and a good joke! And people who are committed – who work for good causes like the rule of law, human rights, empowerment of women, and protection of the environment.

What are three things you cannot live without?

Life is life and you must bear with it. But if you formulate the question as setting priorities: my wife, my children, and my grandchildren.

What is the most difficult thing in life?

There are many difficulties in life. But whatever they are, I always think of a Swedish saying: ”Svårigheterär till förattövervinnas!” – ”Difficulties are there to be overcome!”

What is the best pursuit on Friday night?

A candlelight dinner with my wife.

Describe in a few words an ideal lawyer?

How law should be taught?

It should be a good combination of reading, lectures, seminars, and, not least, practical information. For me it was a tremendous experience when, at the age of 24, I left the university and joined the judiciary, first as a law clerk and later as a judge. This is when I really got interested in law.

What was the most complimentary comment on your work?

When I retired from the United Nations in 2004 after my ten years as the UN Legal Counseland,at the farewell reception, Kofi Annanreferred to me as “the Conscience of the Organization”.

Is there any skill you do not have but would like to?

I once played the cornet and now the Great Highland Bagpipe. But I really wish that I could play the piano.

What is the most valuable thing you can buy for money?

It depends on what your values are. If you get seriously ill, I suppose it is the care needed to regain your health. The most valuable things in life cannot be bought.

What would you like to do after the next 10 years?

Be as active as I am today.

What would you wish to young lawyers?

See my answer to question 12 where I emphasise knowledge, honesty, and integrity. Let me add self-respect!In particular, do not get caught in the corruption swamp! You must be able to respect yourselves. If you cannot respect yourselves, how can you expect others to respect you? Work for the rule of law and human rights! Andhelp rooting out corruption!